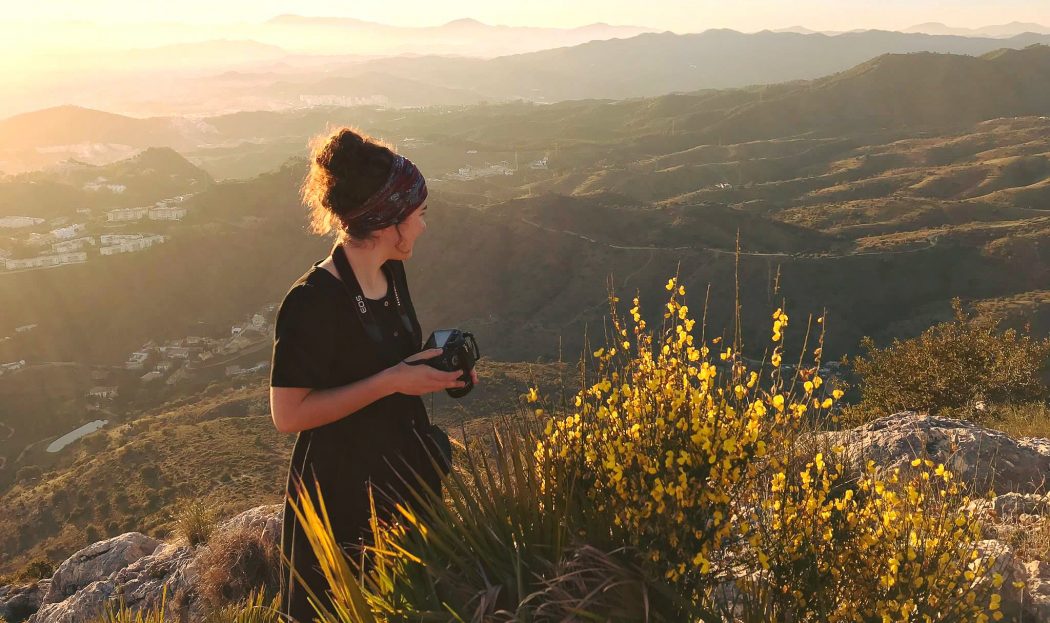 Every Winter Term, we give students the opportunity to expand their horizons by studying with Christians outside the United States, and exploring the host nation’s history and culture. For second-year students, the extra cost of the study term is covered by an institutional grant.

Spend two weeks in the wilderness of Northern Minnesota learning new skills, stretching yourself, and discovering new depths in your relationship with God. 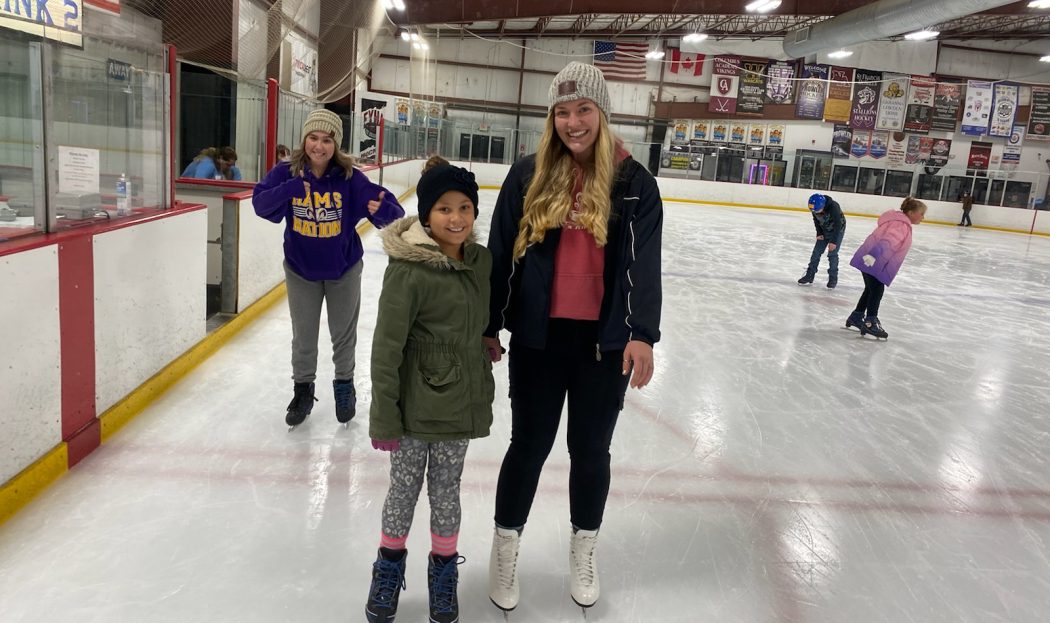 Bridge is an internship program to give second or third-year students an opportunity to develop vocational skills while serving in ministries and other occupational roles in our local community.

If you’ve been part of a short-term ministry program, you might be eligible to turn those experiences into college credit at Rosedale. 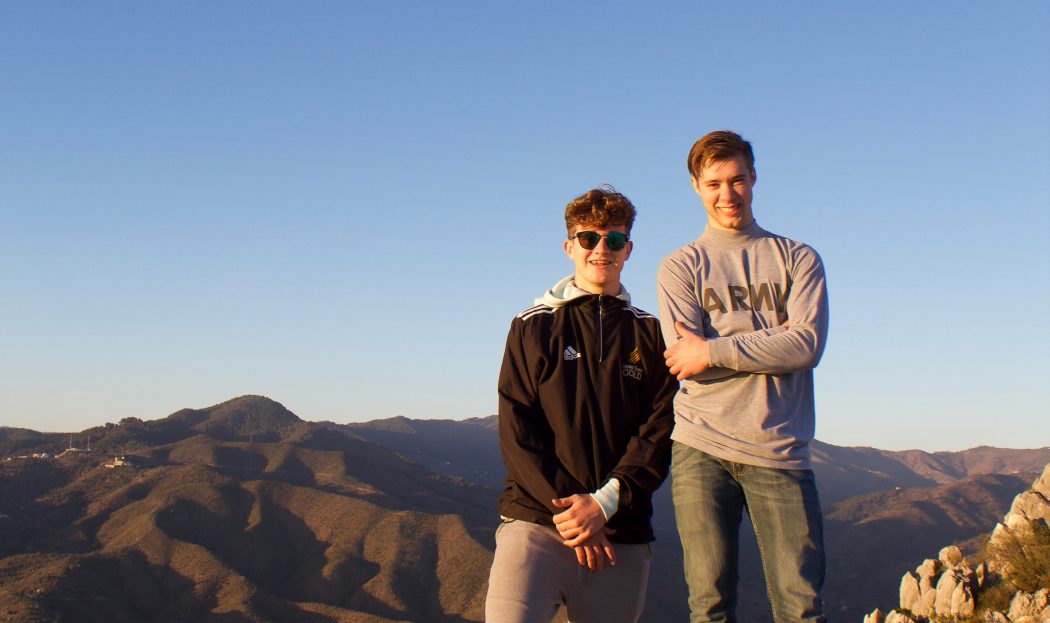 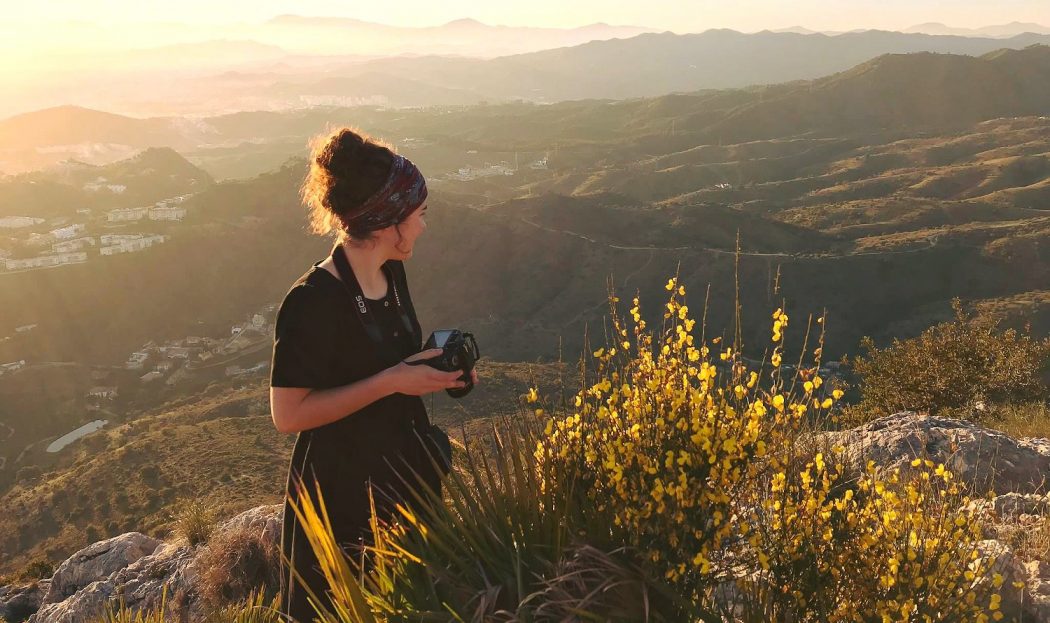 Because RBC is committed to helping our students engage the world they live in through study, service and travel, we offer generous grants to second-year students to encourage them to take part in our cross-cultural study terms. Please see the academic catalog for the details about the grant.

RBC offers at least one cross-cultural experience per year, generally during winter term. Locations in the current rotation are listed below, along with the most recent academic year in which they were offered. 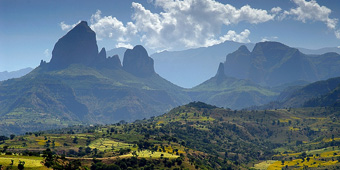 Students spent six weeks in residence in Central Ethiopia, exploring the historical and cultural heritage of the region and interacting with the Ethiopian Mennonite Church. They were based in the dorms of the Meserete Kristos College; excursions were planned for most weekends. Courses offered were Introduction to Missions, taught by Richard Showalter, and Introduction to Islam, taught by Matt Showalter.

Richard Showalter serves as a global church liaison and adjunct instructor in missions for RBC and a consultant for RMM. He has long-standing relationships

with Ethiopian Mennonites and in recent years serves with two African groups in mission training in Ethiopia, where he and his wife Jewel are honorary members of the Meserete Kristos Church. Jewel grew up in Ethiopia as a daughter of missionary parents. Richard’s vocation is Christian witness to the world’s least-reached people, and his avocation is learning everything he can about the footprints of God in human history. (Ethiopia has lots of them.)

Matt Showalter grew up in Turkey and attended Turkish public schools into the 5th grade. As an adult, he has served with his family in church planting in a Muslim context, pastoral ministry, Bible teaching, and discipleship. Currently, Matt, his wife Colleen, and their five kids live on the Rosedale Bible College campus where he serves as the dean of students. He had never been to Ethiopia but enjoyed connecting with a church there that he had heard about his entire life from his mother and grandparents. 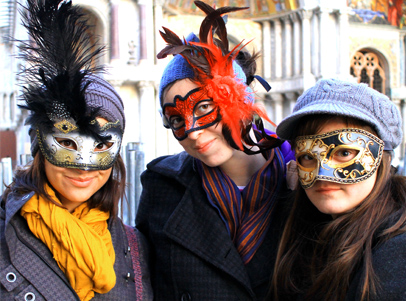 This study term combines two courses:  Introduction to Humanities and Mennonites, Anabaptists and the Radical Reformation (MARR). Students combine time in class on campus with several weeks in Europe, where they visit the places and see the art they’ve read about.

Students spend six weeks in residence in Southern Spain studying conversational Spanish, exploring the historical and cultural heritage of the region and reflecting on the forces shaping post-Christian Europe. They live with families and work with a Spanish church.

Students who are enrolled full-time for a year of resident study after earning at least 18 credits the prior school year may be eligible for the Cross-Cultural Grant. The grant is for up to $2,000 (up to $1,000 for non-dorming students) and may be applied toward the cost of any of the cross-cultural study programs offered for credit by RBC during the winter term. Eligibility is dependent on maintaining satisfactory academic progress. Funds from the grant may be credited to the student’s account during the spring semester following the experience.

For questions about eligibility, contact the financial aid office. 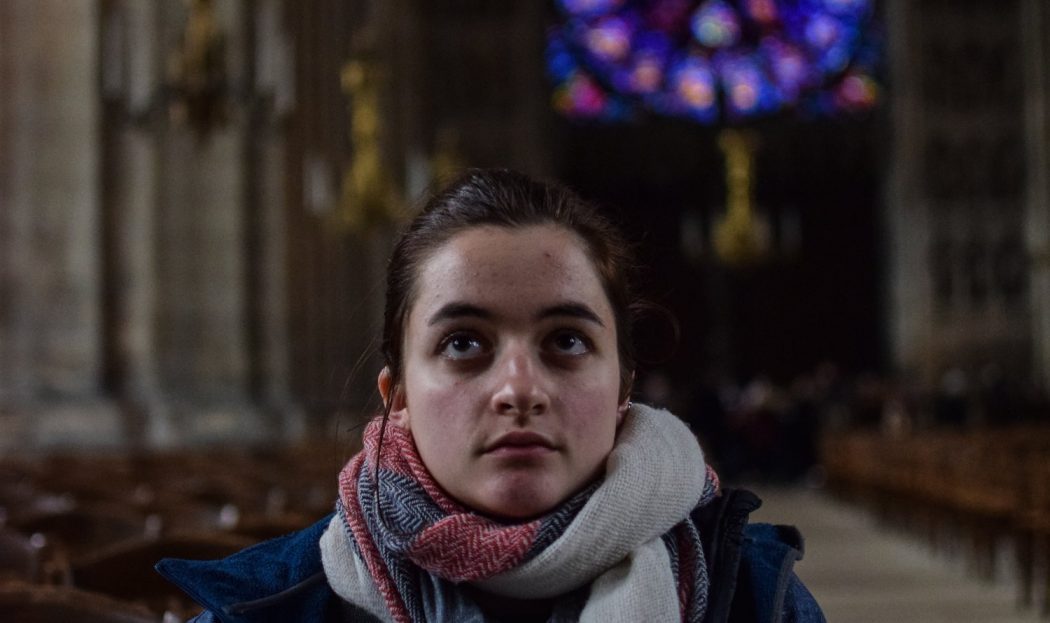 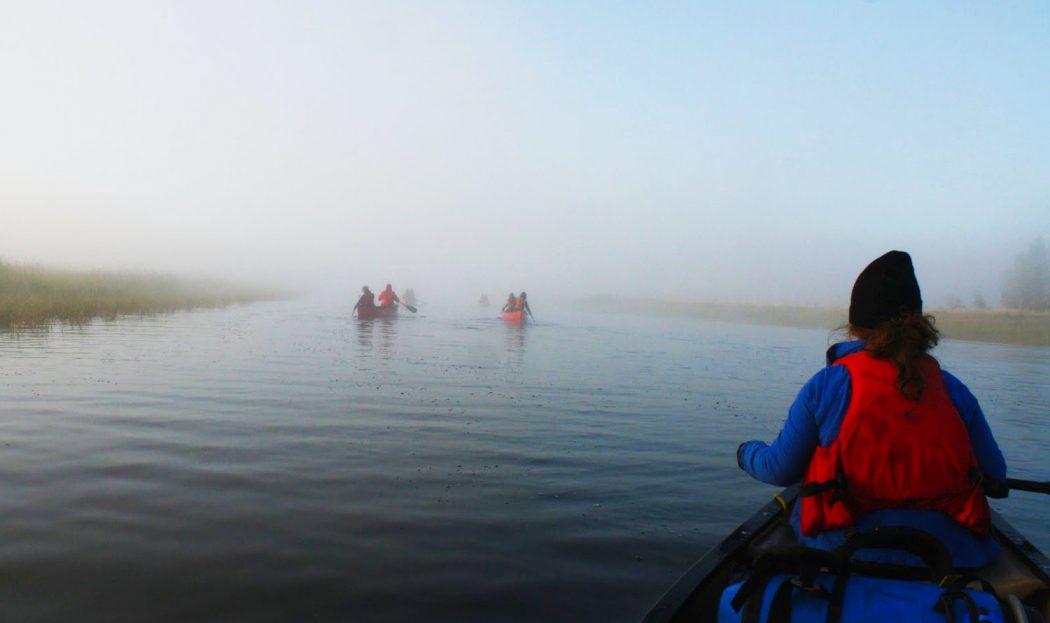 This program is operated through a partnership with Kowakan Adventures in Ely, Minnesota. It is scheduled for the two weeks prior to the fall semester. The two weeks consist of a canoe expedition in the beautiful boundary waters of northern Minnesota. Teaching and activities are built into the trip to emphasize spiritual and character development themes.  Due to boundary water policies, only 8 students are able to go on this trip.

For more information, or to ask questions, email admissions@rosedale.edu.

Bridge is an internship program that pairs study and reflection with ministry experience and vocational exploration. Bridge interns can choose to focus on one of the following two tracks.

Ministry Experience: Bridge is designed to equip young adults for ministry in both local and global contexts. Ministry interns can serve in local churches leading worship, leading youth, or working as pastoral interns; they can also serve in ministries outside the church working with children or international students.

Vocational Exploration: Bridge is also designed to permit young adults to experience and explore a vocation before they go on for further study in that field. Vocational internships are available in social work, occupational therapy, teaching and tutoring, graphic design, communication, and more.

Bridge interns take core courses at RBC while serving their internships. Internships are available with International Friendships on the campus of OSU, with the Salvation Army’s anti-human trafficking division, at Agora’s inner-city ministry to youth and children, in local churches, and with other agencies. Check out our Internship Opportunities below to see a more complete list.

Our interns gather for a weekly discipleship group to learn leadership skills, share internship experiences, and grow in the practice of various spiritual disciplines.

Don’t limit yourself to this list. Let us know your interests and we can work to connect you to an organization!

Matt participates in the weekly discipleship meetings of the Bridge cohort.

You can donate online.

New students applying to Bridge will need to provide the following documents to the RBC admissions office:

Application materials should be sent to: 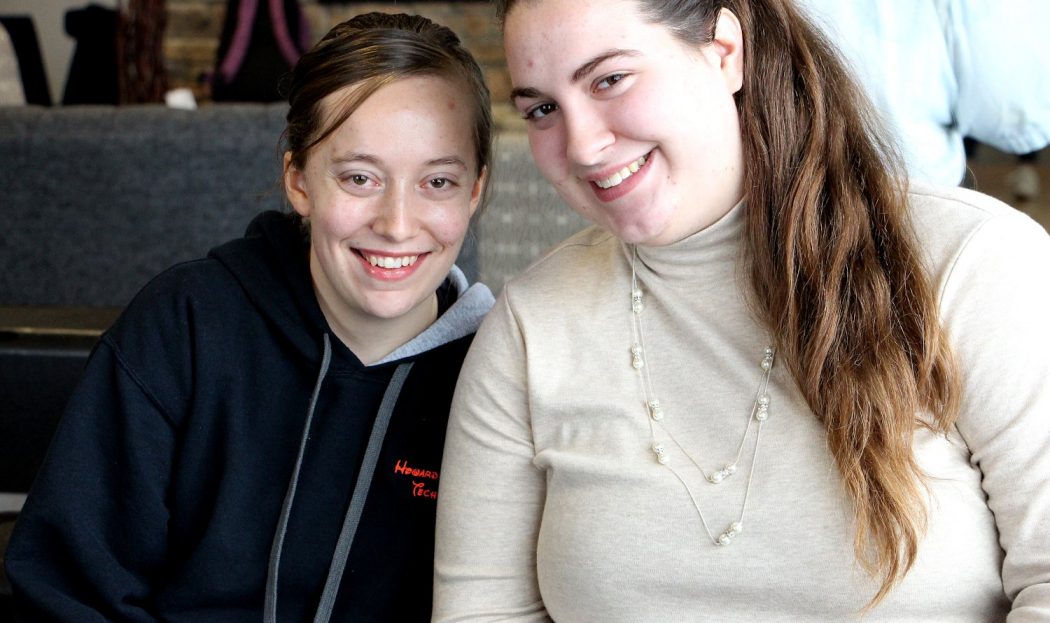 The following policies guide the granting of academic credit for approved programs of at least six months duration which combine discipleship or missions training in a classroom setting and supervised outreach experiences. The REACH and YES programs operated by Mennonite missions agencies are prime examples. The academic dean maintains a list of programs approved by the academic committee for inclusion in this policy.

Rosedale School of Business and Leadership

Preparing kingdom workers to engage the marketplace with excellence and integrity.
Click Here